An exploration of the interplay between the ocean, humans and capitalist processes in Rainbow Bay (Australia) through the lens of surfing.

This research was part of my master ‘Cultural Anthropology: Sustainable Citizenship’ at the Utrecht University. The findings of the research are published as a magazine containing textual analysis, an auto ethnographic storyline, photographs and an immersive experience video.

The thesis has won the Nieboer Script Prize, an award for the best master thesis of the academic year 2018/2019.

To read the whole thesis please get in touch via email. 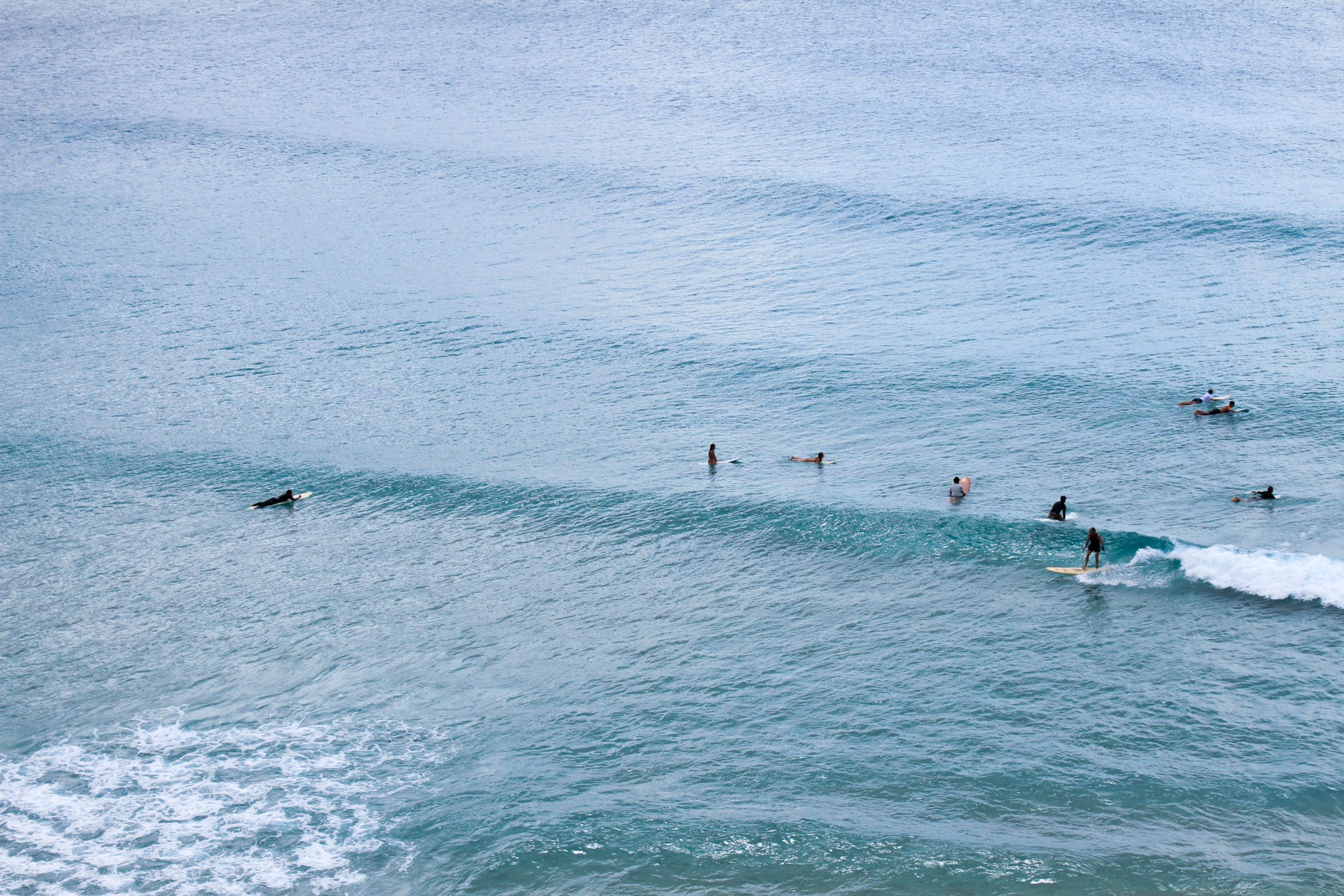 In order to move beyond this conventional separation of the land and the sea, anthropologist Tim Ingold (2011, 131-132) acknowledges the potential of the following mind experiment; “What if, instead of land-ing the sea, we try to sea-ing the land?” Sea-ing the land, so he argues, opens up the possibility to doubt the solidarity of the ground and sea the world in ceaseless motion and change. Ultimately, this approach entails that the sea is recognized as an active participant in social processes which happen on and around it. By sea-ing the land, the conception of place is broadened and recognizes rights not only to the land, but also to the sea (McNiven 2016). This mind experiment opens up both an alternative perception of the sea, and also undermines the on-going supremacy of the land (Brown and Humberstone 2015). Ultimately, it refuses a the cartesian perception of a nature-culture dichotomy, as the sea is perceived as an integral part of culture (Brown 2015).

Like Ivy states in the above quote, surfing creates the possibility to look at the land from a physically different perspective and to put Ingold’s mind experiment into reality. For surfers, the perception of the world and the sense of place does not end where the land ends (Anderson 2012). As with the land, the sea is also bound into their everyday practices; “For many people, surfing defines their way of life, their manner of living – in short, their culture. Surfers organize their lives around the rhythms of the tides and the seasons that determine when, and where, the surf runs” (Booth 2017, 318). With the increased tensions of the twentieth century urban living, surfing started to emerge as an escape from the capitalist society in cities and as a return to nature’s reality (Ormrod 2005, 43). However, what was once a lifestyle of some independent surfers, has now turned into a multi-billion-dollar global industry.

Even though the surfers’ freedom is perceived, presented and constructed as a) distinct from the global market and b) transcending the human-nature divide, its connection to capitalism through the processes of consumer culture and commodification contests these notions. This raises questions about, for example, how surfers nowadays enact and construct this freedom in a capitalist society, and how this influences their perception of the land and the sea. By exploring the surfers’ perception of freedom in Australia, this thesis will give insight into the interplay of freedom and capitalism, and furthermore into the relationship between the land and the sea, thus culture and nature. Based on these questions, this thesis seeks to answer the following research question:

How do surfers perceive and give meaning to notions of freedom and human-sea relations as underpinned by capitalist processes in Rainbow Bay, Australia?

This thesis I will explore the everyday lives of surfers in Rainbow Bay, Australia, in order to illustrate the meaning of freedom to surfers living in a neoliberal era where the “capitalist logic of value has taken of the world” (Tsing 2013, 22). This thesis will highlight the multifaceted characteristics of the concept of freedom and how the capitalist processes of commodification and consumption contest this notion on the one hand, whilst at the same time form the crucial basis of the surfers’ freedom. Secondly, this thesis outlines a way “in which the sea is not a material or metaphorical void, but alive with embodied human experiences” as well as being a “place with character, agency and personality” (Anderson and Peters 2014, 4-9). The cultural lens of surfing enables to physically getting into the perspective of “sea-ing the land” (Ingold 2011). By physically looking at the land from the perspective of the sea through the act of surfing, this thesis contests the terrestrial perception of the human-sea division. The aim is to enhance empathetic forms of understanding the seascape by telling the story of a community whose perception of freedom is based on living with the rhythm of the sea. This is important because the understanding of the sea and how we perceive our relationship with it has a relevance to how we as humans work to preserve or deplete the ocean (Steinberg 2013, in Brown and Humberstone 2016). 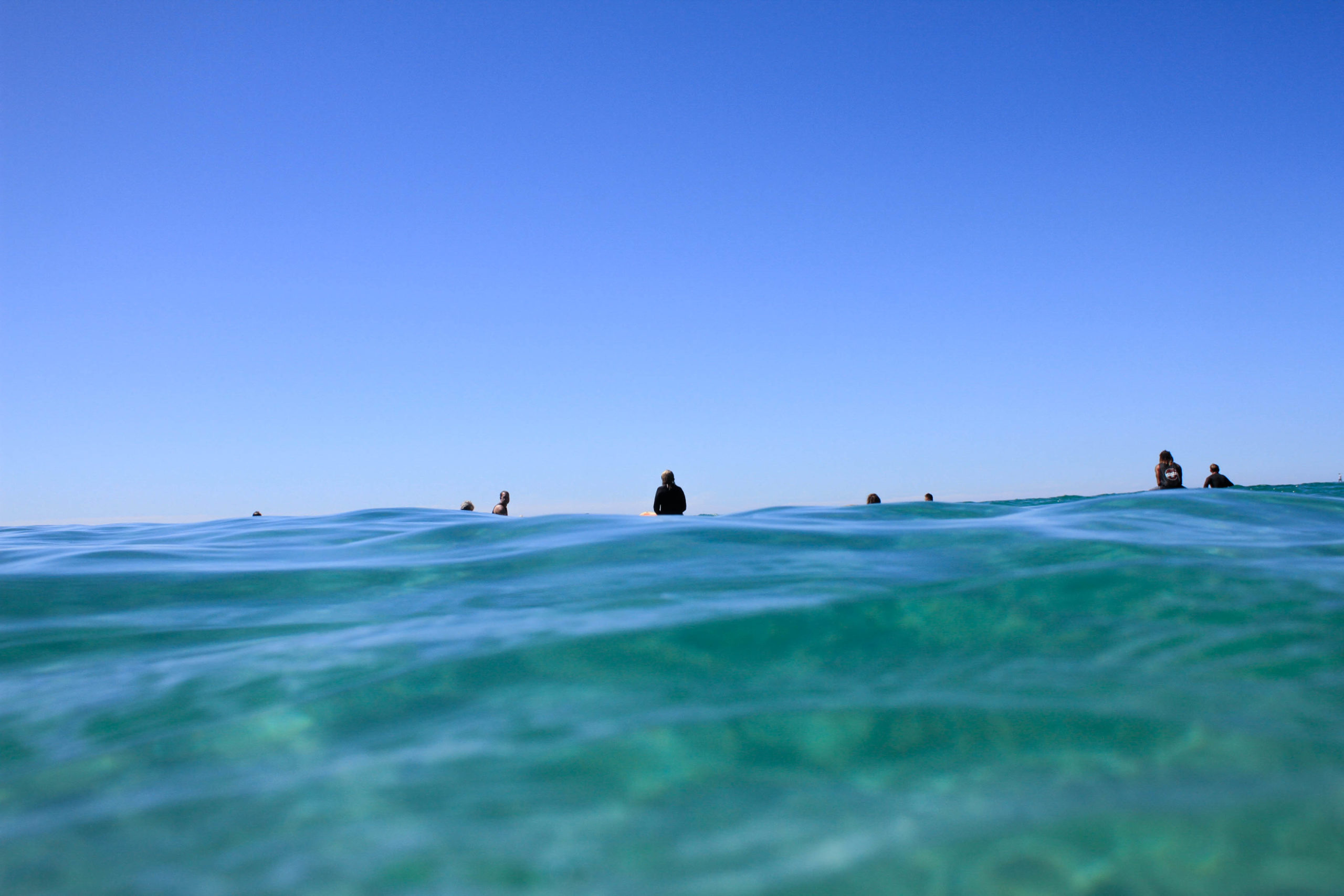